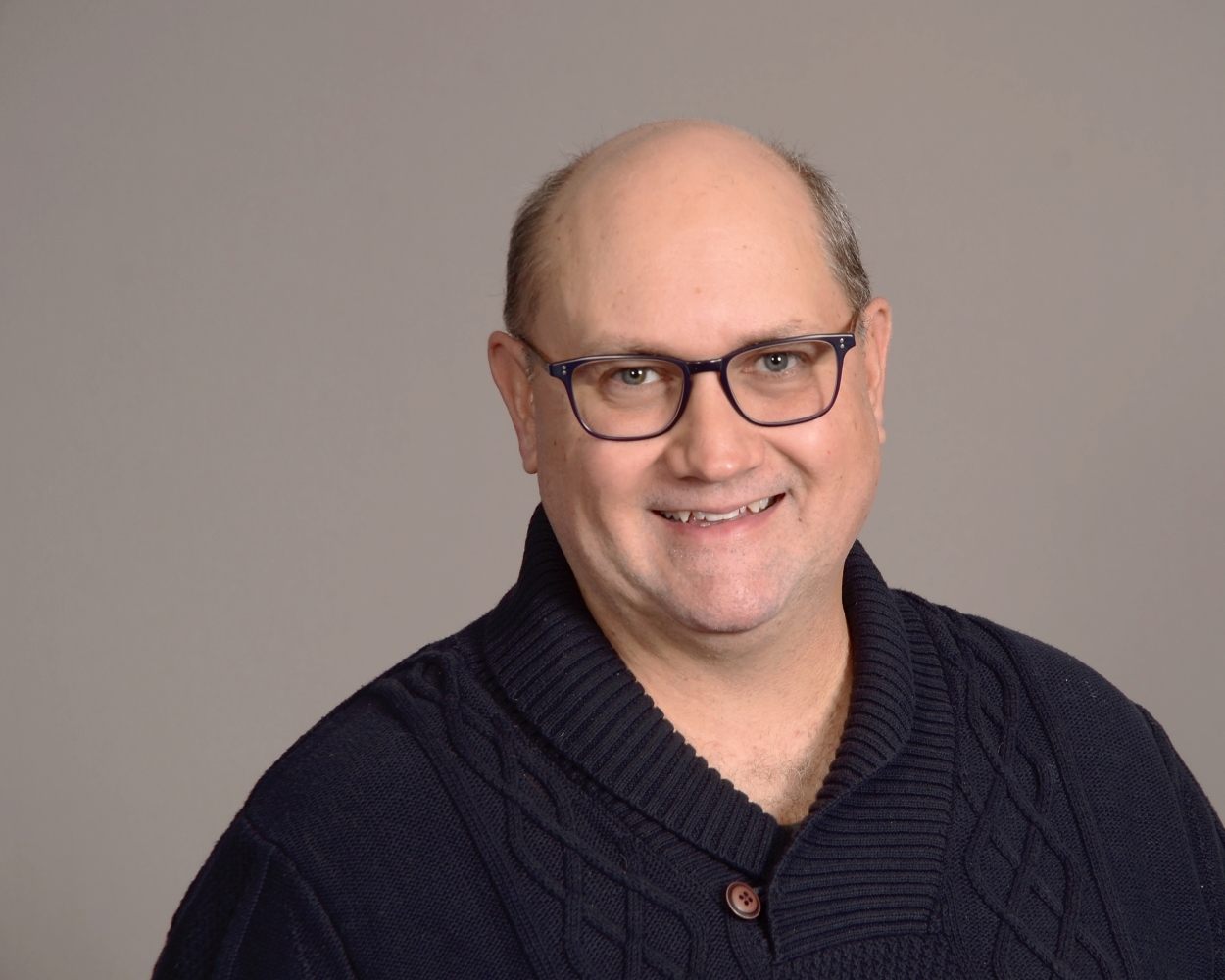 Stuart has always gravitated toward music! While at Columbus Senior High School, he participated in every music activity available to him. After graduation, he studied music at University of Nebraska at Lincoln. Stuart directs the Bells of Joy bell choir for rehearsals and worship services, and can make most repairs needed on the bells. He also works with the Youth Praise band and worship service right after bell choir rehearsal on Wednesday nights. Choosing and ordering music and other choir supplies, and communicating with the pastor, the Chancel Choir director, and the Church office are included in his responsibilities. He has composed several songs with Katie Claus and helped produce the anti-bullying video created by the youth in the Fall of 2013. Once a month, you can hear Stuart playing his saxophone with his fellow High Toppers group at Jazz; A Louisiana Kitchen in Omaha. Stuart is also in the Columbus Jazz Orchestra, a jazz quartet, and play the tuba in the brass quintet that plays occasionally at Federated.
Stuart considers himself a jack-of-all-trades. He works at Mead Lumber and has always enjoyed construction work, having both worked with other contractors and as an independent contractor for repair jobs. Stuart helps out with his children’s 4-H group, participates in community service projects and during his time as a member of Columbus Jaycees, he held most of its offices. In 2008, he received a Jaycee Governorship award and now holds the position of Nebraska Jaycee Governor #422!
Stuart and his wife, Kristin, have three children, Reagan, Riley, and Reece and also have a Cavalier King Charles dog named Sparrow.
Stuart is always looking for new bell choir members. There is a need for full time and substitution members. Contact Stuart if you are interested!